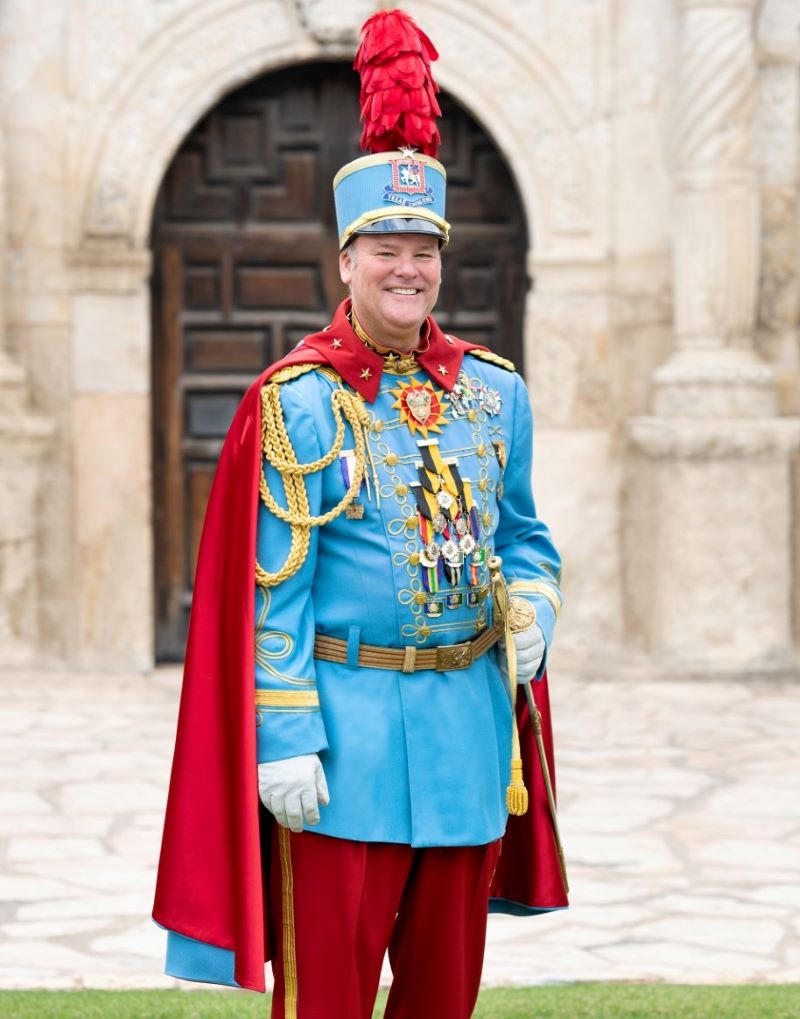 A seventh-generation Texan, Phil and his family have a long tradition of service to their community, the Lone Star State and the military. His great-great-great grandfather was...

A seventh-generation Texan, Phil and his family have a long tradition of service to their community, the Lone Star State and the military. His great-great-great grandfather was one of the signers of the Texas Declaration of Independence; another ancestor fell while defending the Alamo.

Phil is a member of the prestigious Order of the Distinguished Quartermaster for his lifetime of service to Fort Sam Houston military members and their families. He is Past Commander of The Texas Cavaliers, a board member of the Texas Cavaliers Charitable Foundation and an appointee to the Alamo Citizens Advisory Committee. In 2002, Phil and the Texas Cavaliers created the Wounded Warrior Military Fiesta, which now hosts more than 1,300 military honorees annually at the Texas Cavaliers River Parade. Phil has also served as Vice Chairman of the Witte Museum and on the vestry, building and finance committees of several South Texas churches.

Phil attended Texas A&M University at Kingsville, where he majored in business. As president and CEO of Bakke Development Corp., which he founded in 1996, Phil oversees all leasing and management of the firm’s real estate and investment interests. Over the years, he has built hundreds of thousands of square feet of multi-family, retail and self-storage projects in the San Antonio metro area, the Hill Country and South Texas. Phil's father, John E. Bakke III, is a Cavalier member of more than fifty years. Phil and his wife, Cory Elizabeth Bakke, are the proud parents of Brandt Peacock Bakke and West Menefee Bakke.

As King, Phil and his aides are planning to visit more than 150 schools; children’s charities; nursing homes; veterans homes and pediatric units at local hospitals, each stop bringing King’s Medals and a bit of Fiesta VIVA.

His goal as King? Bringing much-needed attention to the 69 charitable organizations that the Texas Cavaliers Charitable Foundation funded this year. Each of these organizations plays a vital role in the care, feeding, housing, educating and healing of San Antonio’s children.