The investiture ceremony, which dates back to 1927, honors the memory of the matchless heroes who fell at the Alamo and also recognizes new members inducted into the Texas Cavaliers each year. 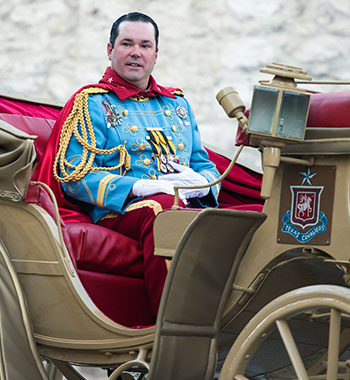 By tradition, this highly celebrated investiture ceremony is held in front of the Alamo on the first Saturday evening of Fiesta. With the Shrine of Texas history as a backdrop, the new ruler of merriment is administered the oath of office and “crowned” with the plumed hat of King Antonio by his immediate predecessor.

Wearing his cape, saber and the official headgear, the new King Antonio is ceremoniously welcomed by the Mayor and given the key to the city. King Antonio responds by paying homage to the Alamo’s defenders and formally accepting the reins for the Fiesta Week’s activities.

Shortly thereafter, the King and his aides process to the first of several traditional gatherings, culminating the evening with the festivity of the annual King’s Ball. 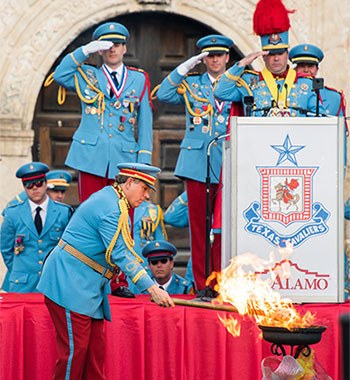 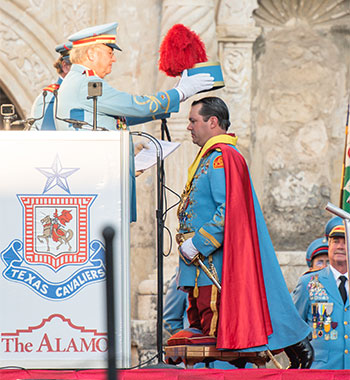 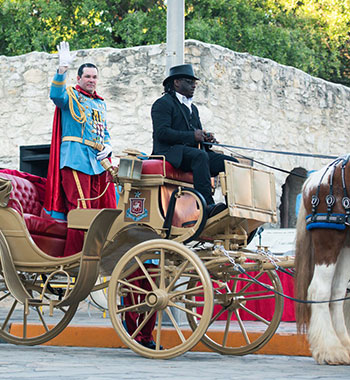