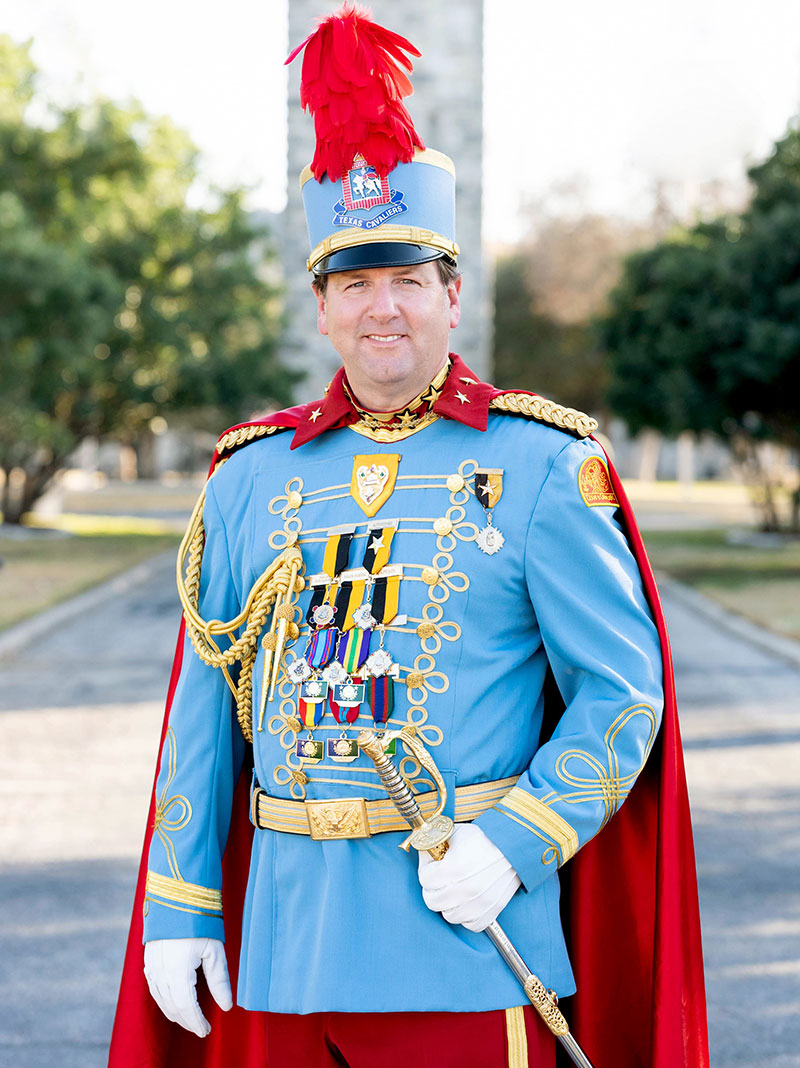 Clyde is deeply honored to have been elected to represent The Texas Cavaliers as King Antonio C. Having the opportunity to be the 100th King means a great deal to him and his family. Clyde has deep roots in San Antonio and Texas. He is a descendant of various historic Texas families, including the Walker family, who had a couple of family members fight and die at the Alamo; a famous Texas Ranger; Samuel Walker, who helped develop and procure the Walker Colt; and General Elijah Stapp, one of the signers of the Texas Declaration of Independence.

Clyde has served The Texas Cavaliers as the River Parade Marshal for Magnificent Missions in 2018, Commander of the organization in 2022, and three terms on The Texas Cavaliers Charitable Foundation Board of Trustees. He has also served as a member of the Board for the Fiesta Commission.

Clyde graduated from Texas Tech University with a major in Business. Clyde is the Chief Investment Officer and Founding Principal of BC Lynd Hospitality, where he oversees the investment and management of the firm’s hotel investment interests. He has developed and repositioned many hotels around the country, including the St. Anthony Hotel in San Antonio.

Fiesta, as a celebration of the diverse culture of the San Antonio Community, has been a tradition in Clyde’s family and extended family throughout his life. Clyde is now sharing this opportunity with his wife, Kim, and their three children, Bennett, Shelton, and Elle. They look forward to all of the upcoming Fiesta celebrations.

The Texas Cavaliers believe in the future of all children and work to ensure they have additional opportunities. As King Antonio, Clyde will have the honor of presenting more than $2,000,000 to area children’s charities. Since its founding in 1989, The Texas Cavaliers Charitable Foundation has distributed more than $13 million to Bexar County children.

During Fiesta, King Antonio and The Texas Cavaliers will visit schools, military bases, hospitals, nursing homes, charitable organizations, and many other Fiesta events. These visits not only have a profound impact on our community but create lasting friendships and traditions which make San Antonio a unique city!