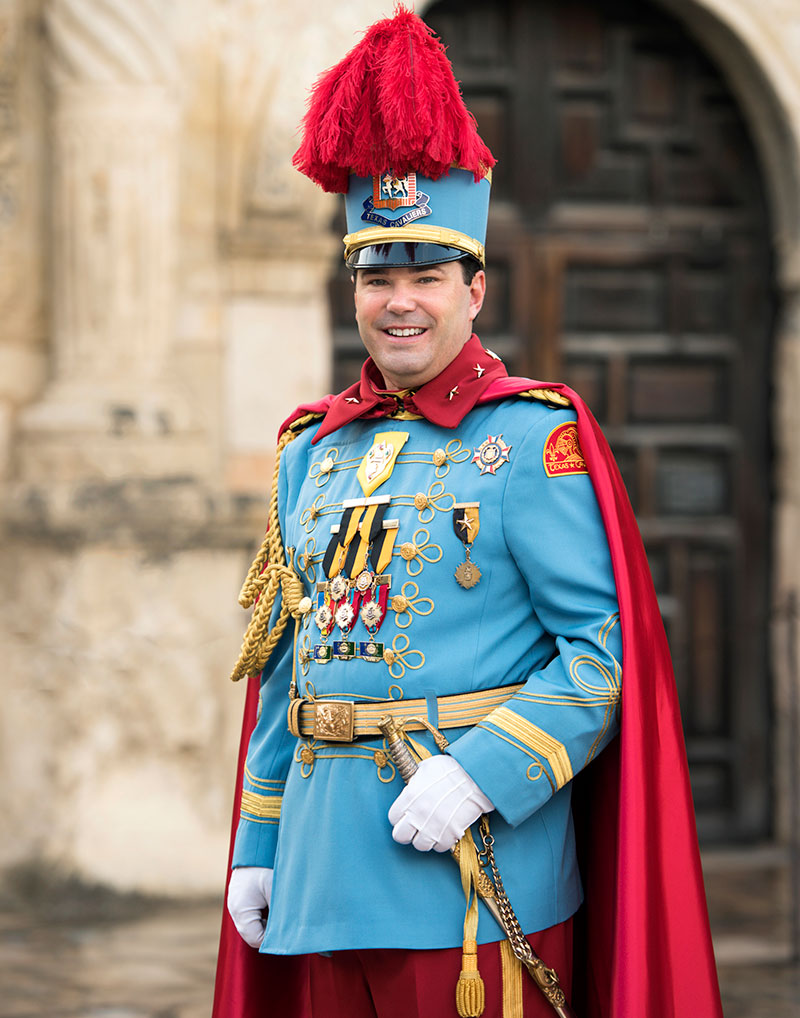 Hill is a San Antonio native, born and raised here. After graduating from Texas Tech University with a degree in Animal Science, he quickly changed gears when he moved back to San Antonio and began his 14-year career in commercial real estate. He is married to Sally Sellers Hill and have two children, 10-year-old Roger IV, known as Cuatro and eight-year-old daughter Ellie.

As King, Roger and his aides are already scheduled for more than 150 visits to schools; children’s charities; nursing homes; veterans homes and pediatric units at local hospitals, each stop bringing King’s Medals and a bit of Fiesta VIVA.