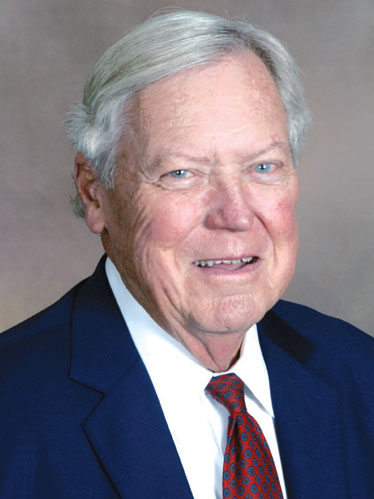 “In 1989, I was an aide to King Stanton Bell, and throughout Fiesta, reporters, principals, and others asked me what the Cavaliers did. Frankly, I didn’t have an answer.
We hosted the River Parade, threw parties and passed out aluminum coins to kids and made them happy.

It occurred to me that we could be passing out real dollars to support causes that benefit children.
The Cavaliers are active community leaders who have the power to use their wealth in a positive way. It made sense to do this,” he says.

As a result, the Foundation has awarded more than $6M in grants to hundreds of children’s charities since 1989 and the corpus has swelled to more than $6M with another $1.4M in pledges. Fred attributes the Foundation’s growth and impact to “the Foundation Trustees, Presidents, and generous Cavaliers who contribute to the Foundation’s funds and fundraisers, and who work hard to make the River Parade a major fundraising success every year.”

Prudent, conservative management of Foundation funds is another significant factor in its progress and the Foundation can thank Fred for that. Dr. Bill Hinchey,

President of the Texas Cavaliers Charitable Foundation, says, “Fred and Sendero have managed the Foundation’s funds all these years and never taken a penny in compensation. That’s the kind of guy he is.”

Fred is a respected, wise, and an all-around well-liked guy who loves to fly fish, hunt, and travel. And he cares. He’s one of the Good Guys in Blue Suits. “We need to support the children of this community ... they are the future. We need to make sure they have a chance to participate, to be the best they can be,” he says. And so he built a Foundation that is doing just that.