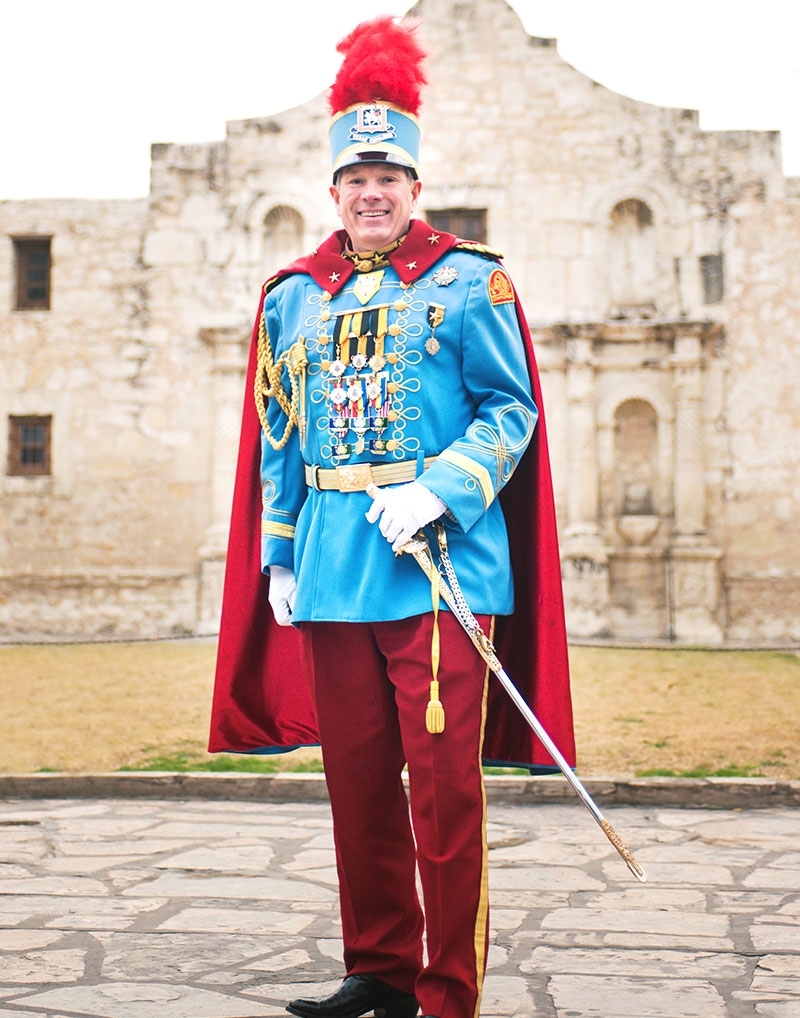 It is a great honor and pleasure to represent The Texas Cavaliers as King Antonio XCVI. During Fiesta 2018, the Cavaliers will spread goodwill throughout the community, while supporting the youth of San Antonio in important ways.

The Texas Cavaliers believe in the future of all children and we work to ensure opportunities for them. As King Antonio, I will have the honor of presenting approximately $1,000,000 to area children’s charities. Since its founding in 1989, the Texas Cavaliers Charitable Foundation has distributed more than $4 million to the children of San Antonio.

During Fiesta, King Antonio and The Cavaliers will visit schools, military bases, hospitals, nursing homes, charitable organizations, and other Fiesta events. These visits not only have a profound impact on our community but create lasting friendships and traditions!

Richard Arthur Sparr, King Antonio XCVI, has deep Texas roots going back multiple generations. His wife and children are direct descendants of the Spanish Canary Islanders, the original 16 families who volunteered at the request of the 1718 Alarcón expedition to help populate the area. This expedition is responsible for the founding of San Antonio and the San Antonio de Valero Mission which was later nicked named by the Spanish “Alamo.”

Richard's Texas heritage gives him a great sense of pride in reigning over Fiesta 2018 as the city celebrates its tricentennial. Since becoming a member of the Texas Cavaliers in 2002, Richard has enjoyed making lifelong friends from within and outside the organization while working alongside other members and great San Antonians in donating time to worthy causes.

"I look forward to all that Fiesta 2018 brings- the great food, music, parades, and the culmination of different cultures that make San Antonio so unique. I am honored to have the opportunity to visit some of San Antonio’s best children’s charities and to visit local schools to spread some fiesta fun and positive, encouraging messages.